Comeback Kings and NPL Victoria’s feel good story for 2018, the ‘Avengers’ no match for a hungry Heidelberg side.

It had been a massive week of football for both Heidelberg United and Avondale FC, qualifying to get into the Grand Final after 120 minutes of play and a dramatic penalty shootout. Add mid-week fixtures to this and both sides were entering the pitch with close to 300 minutes of football played in the space of a week. A tough gig for the most experienced, professional sides let alone part-timers.

Avondale’s performance against A-League giants, Sydney FC in the quarter-finals of the FFA cup saw a comeback from 2-0 in the final moments of the match. Although they lost in extra time, the grit and determination they had displayed to push Sydney all the way was impressive.

I came into the match not questioning either side’s ability to defeat the other as it had been an even contest all year, but wondering which team would have the stamina to last the 90 minutes and take it all the way. 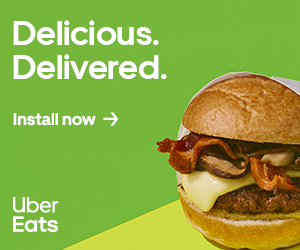 Heidelberg came out strong and it was a through ball by Tom Cahill that found former Melbourne Heart forward Adrian Zahra and saw Heidelberg open the scoring only five minutes into the game.

Looking to equalise, a pass from Avondale defender Ross Archibald found Evan Christodoulou who shot from the edge of the penalty area but landed the ball straight into the keeper’s arms.

Heidelberg’s Les Doumbalis was forced out of his seat on the sidelines to replace Steven Pace, who fell holding his shoulder at the half hour mark. Unable to recover, the defender’s grand final appearance was over and coach Katsakis changed tactics. For the part-time footballers, it seemed their immense workload over the past week was starting to take its toll.

But it was shortly after that one of Heidelberg’s season standouts, Andrew Cartanos found the top corner, scoring an absolute worldy from 30 metres out. Heidelberg left Avondale with work to do heading into the half time break.

Two changes from Avondale at the break saw Stefan Zinni and Jonatan Germano replace Kaine Sheppard and Jeffrey Fleming. A burst of energy had been injected into the Avondale side as they began their comeback. A ball in from Joey Katebian found Evan Christodoulou, however the shot was sent high over the crossbar.

A chance once again came for Avondale’s fresh legs, with Zinni sending the ball from the left side in to find Germano who was unable to convert. Relentless in their second half counter attack, Avondale were desperate for a goal to keep them alive and it was the 77th minute that saw Liam Boland set Germano up to tap in a header and take the score to 2-1.

Although Avondale’s two previous matches saw late comebacks and extra time, it was too little too late. Heidelberg had parked the bus and they were finally taking home the silverware. After such a successful season for the comeback kings, Heidelberg’s experience and desire to right their grand final wrongs from last year played to their advantage on the night.

The NPL Victoria champions will face Bentleigh Greens in the quarter-final round of the FFA cup at Kingston Heath on Wednesday the 26th of September.